The Grit was an award-winning Poetry People project – supported by the National Lottery Heritage Fund – which ran throughout 2018. 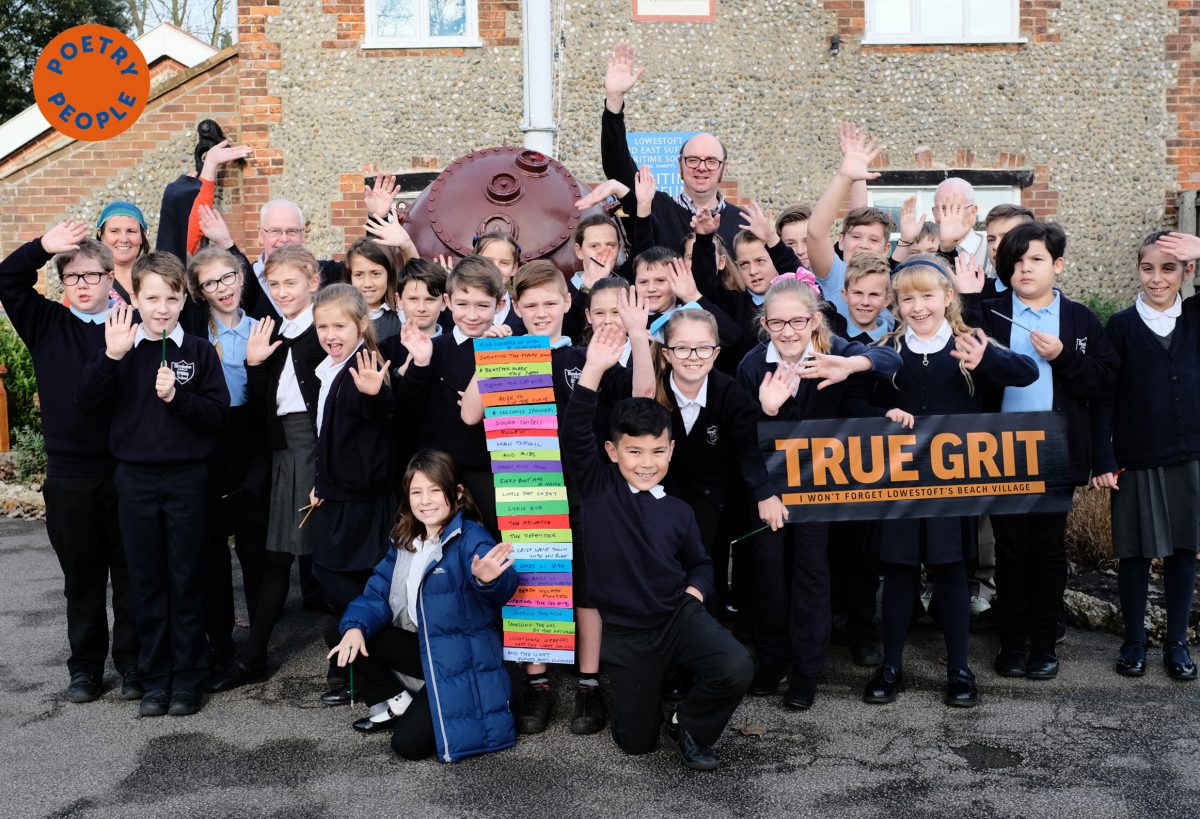 In 1900 Lowestoft was a top fishing port and tourist resort with a population of 23,000. The town’s fishing village — known to locals as THE GRIT or the Beach Village — was the most easterly community in the country, right next to the North Sea.

THE GRIT was home to 2,500 people, 13 pubs, three schools, two churches, shops and cafés and the often poor ‘Gritsters’ were known for their spirit of independence. The decline of the fishing industry, coupled with World War Two and the 1953 flood, resulted in the demise of THE GRIT. By the early 1970s few houses remained and Birds Eye and other new industries have since taken over the site.

In 1997 Jack Rose (fisherman, lifeboatman and local legend known in the town  as ‘Mr Lowestoft’) and Dean Parkin (Lowestoft born writer and poet) published their book of The Grit – the story of Lowestoft’s fishing village – which became a local bestseller. Out of print for many years, that book is now at the heart of a new community words, film and music project devised by POETRY PEOPLE, in partnership with the Association for Suffolk Museums and Lowestoft Maritime Museum, and supported by the Heritage Lottery Fund and Lowestoft Rising.

• Permanent new displays about THE GRIT in the Lowestoft Maritime Museum

The work of the project was recognised and celebrated at the National Creative Learning Awards, where The Grit won a literature and creative writing award.

You can view the final evaluation report here

A second tour of Pearls from The Grit and publication of a revised edition of the original book in autumn 2019. Another GritFest is planned for May 2020. Visit Poetry People to find out more.