Over the centuries Dunwich has been a Roman fort, the capital of a Saxon Kingdom and the base from which St Felix, the first Bishop of Dunwich, converted East Anglia to Christianity.

By the 11th century, Dunwich was one of the greatest ports on the east coast, the tenth largest place in England, a crusader port, a naval base, and a religious centre with many large churches, monasteries, hospitals, grand public buildings and even a mint.

Dunwich Museum tells the town’s story and the  dramatic tale of the 13th Century storm that blocked the harbour entrance and the inexorable erosion that reduced Dunwich to the to tiny village of today.  On the first floor there are displays about more recent social history, the wildlife of the area, and a feature about smuggling. 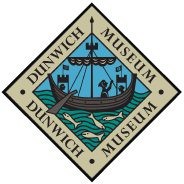 View all events
View all news